We went to a place called Luganville, which had been a military port for the US forces in WW2. It was very rundown. At the port there were several groups of children singing for donations, which was sad but also a nice touch too. These ones sang Sunday school songs, like Jesus loves me, and lots of old ones all day. It was pretty hot and they sang all day! 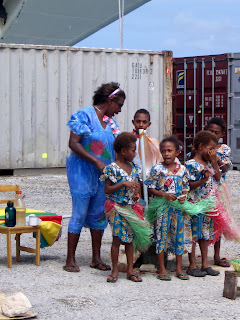 We also visited Vila, which for most of the ship's passengers, was well known for the cheapest alcohol. Many bags of "grog" ended up back on the ship. This was a fruit market. 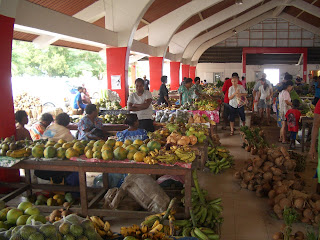