On October 2, after losing October 1 at the dateline, we arrived at Apia in Samoa. We were welcomed into port by beautiful singing and dancing. 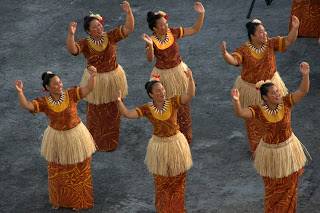 We probably should have hired a taxi or taken a tour here but instead we walked into town. It was very hot so it wasn't such a good decision. 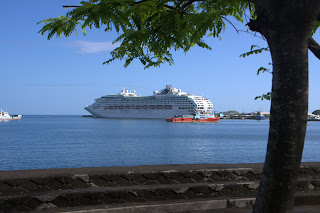 We ended up very hot and bothered at Aggie Grey's hotel and were relieved to cool down with a few drinks and then had a few hours on the internet, which was good. 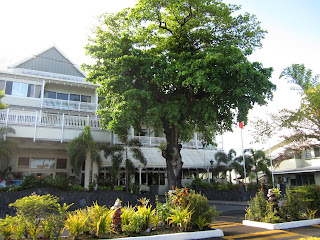 Aggie Grey's is a lovely hotel which is very well known. The gardens were lovely and it was very pleasant to sit and relax after our hot walk. 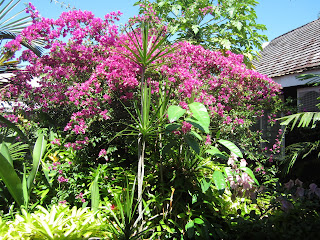 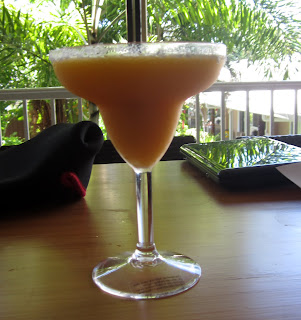 That evening we headed off to Auckland. 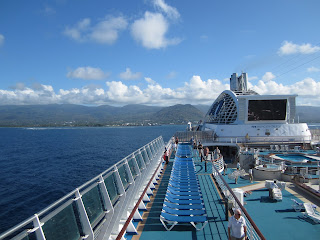 We had a lovely day in Auckland on 6 October. We caught the local bus and did some shopping and then headed to the Museum. It was a lovely museum and war memorial. 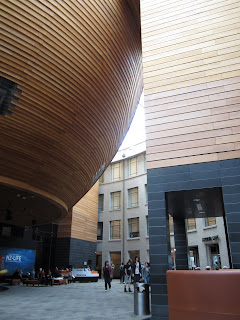 There was a photographic exhibition which was very interesting. 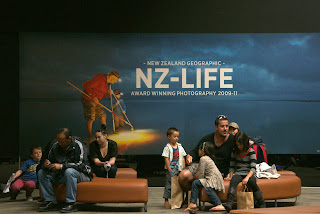 Here are some photos of some of the pictures. 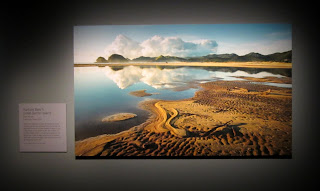 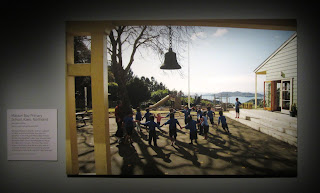 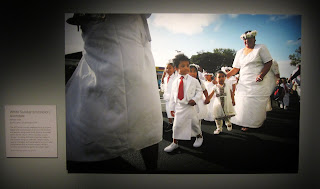 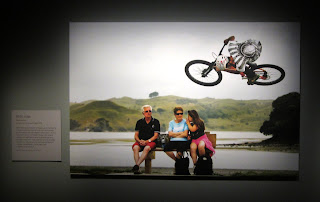 It was lovely to see all the other displays too. 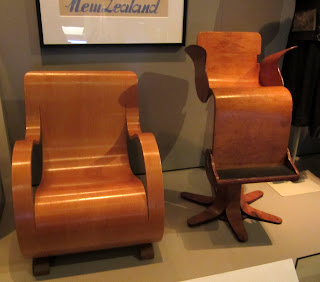 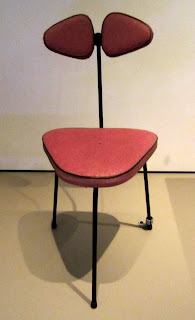 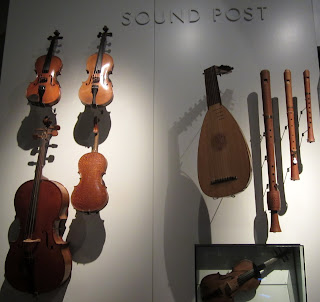 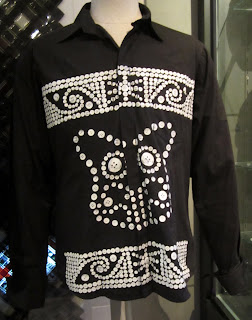 This section had a fabulous tree house that the kids could climb and lots of gorgeous old toys etc. 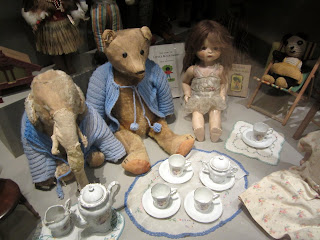 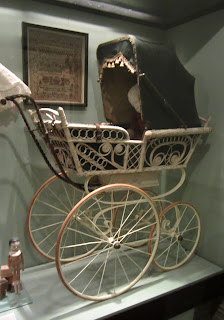 The workmanship in the maori houses was amazing. 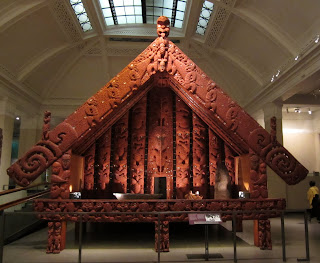 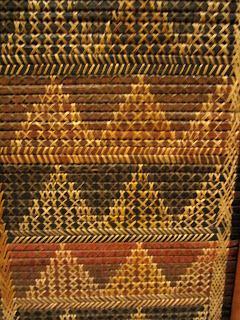 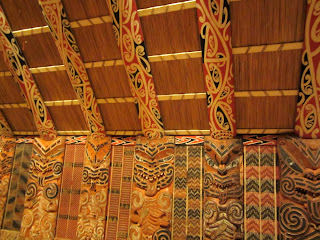 There was also a small display about Anne Frank which was interesting. 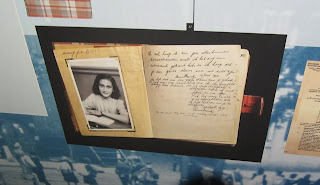 We then sailed away that evening and were to go to the Bay of Islands on the next day but a severe low was over New Zealand so we sailed much further north to miss the bad weather. It was a very good idea! After 3 days at sea we ended up back in Sydney.
It was a really lovely holiday. We were so fortunate to have some lovely dinner companions too. Jenny and Jim and Jennifer and Gary made our time very special. We also attempted trivia each sea day too but never won! We did try hard though. Here we are after dinner one evening. 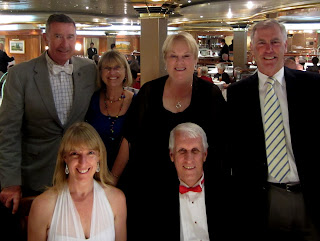 One night they had a special celebration with a champagne waterfall and lots of balloons! 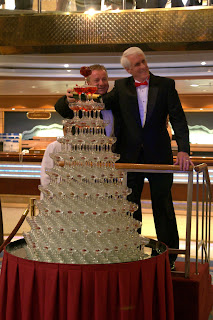 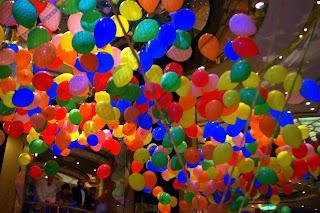 So it is back to reality now at home! Will share what I stitched while away and how the little boys have grown and changed soon.
Posted by Sylvia at 9:02 AM