We were up early on Thursday 18th August as we were headed to the Yukon on a bus and then on a train back to Skagway. It was a bit drizzly today which made the scenery a bit misty. Can't imagine how the people searching for gold here in the 1800s managed it all. It is such difficult terrain. We went a long way into Canada and visited a place called Carcross. We had lunch there and there was an interesting museum and also some live animals to visit. They also had dog mushing rides which were fun to watch. 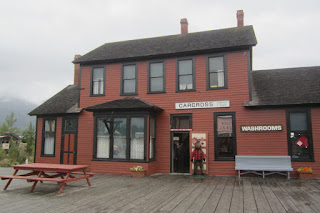 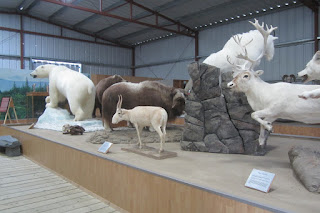 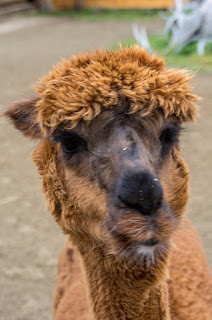 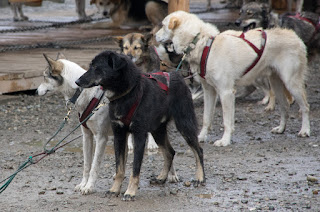 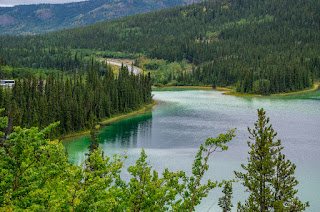 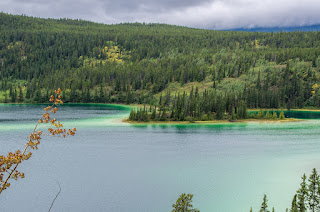 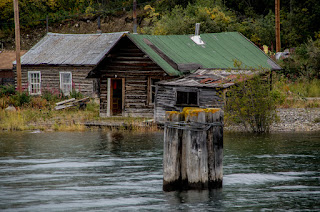 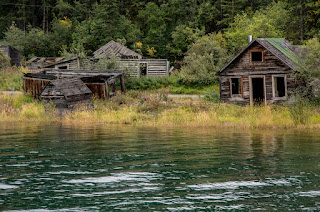 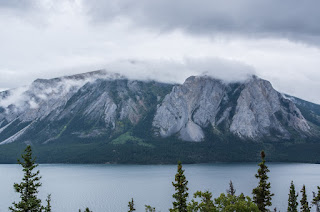 We then headed back to Skagway by train. 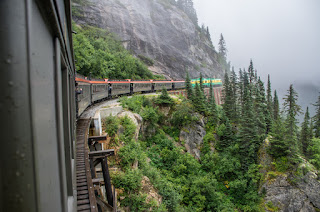 On Friday we sailed into Glacier Bay which was amazing. 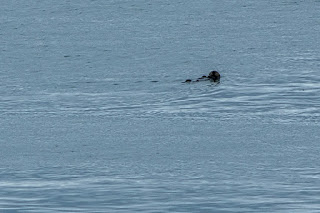 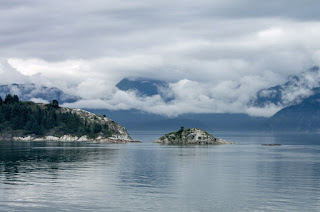 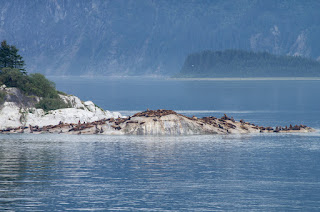 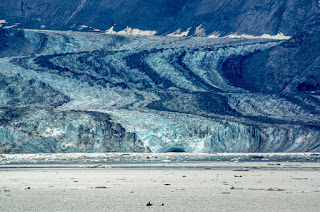 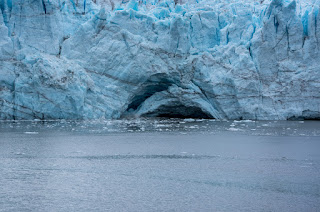 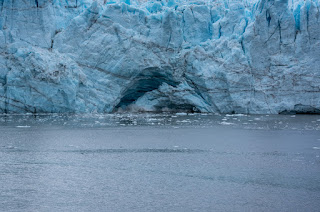 On Saturday, we had a restful day at sea and then had to be up early on Sunday when we arrived in Seward to catch the train to Anchorage.
Posted by Sylvia at 11:06 AM