We had a great day visiting Gibraltar on Wednesday 22nd May. We went on a taxi tour and it was great to see the sights. We went to several lookouts and also to St Michael's cave that is now used as a theatre. 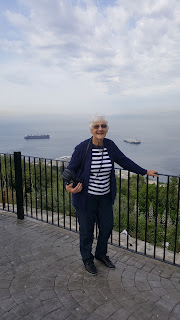 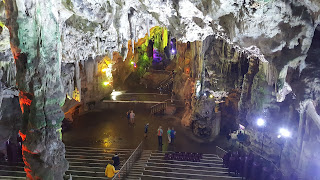 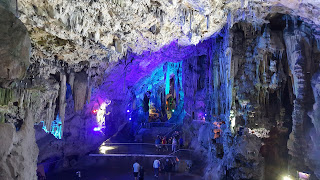 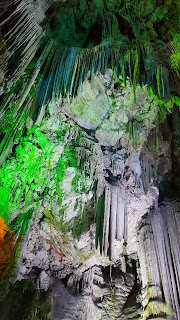 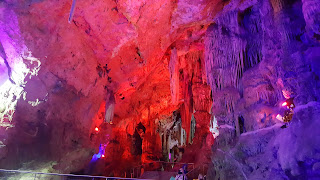 We enjoyed seeing the monkeys even though we had been warned about them. Some people let them sit on their shoulders. Ma was brave to stand near one. 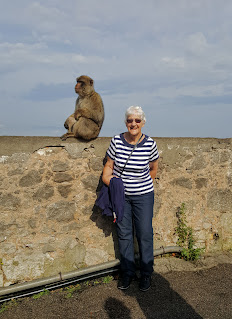 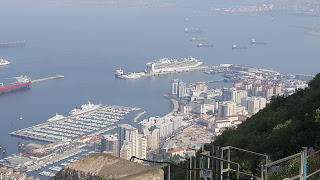 Notice the airstrip is on the border with Spain. The road into Gibraltar crosses the airstrip! 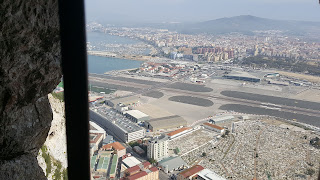 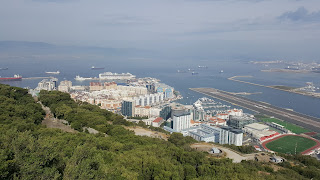 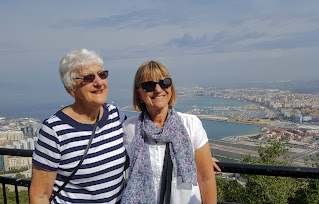 It was also very interesting to go into the siege tunnels. These were later enlarged during World War 2. 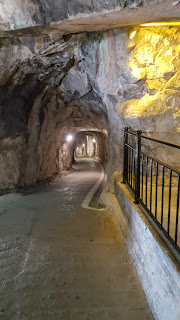 W were then dropped off in town and had a coffee and a look at the shops before wandering back to the ship. 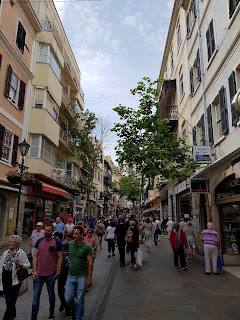 I was very silly and left my small backpack in the taxi (only had umbrellas and cardigans in it) but got it back thanks to a very helpful person at the Information desk at the port and our lovely taxi driver, Albert. We then had 2 sea days before we returned to Southhampton.
Posted by Sylvia at 2:25 PM